In late October, I traveled to the Bay Area during an unusually warm period. Temperatures were a comfortable 65°f during the evenings while day temps reached the lower 80°s. This was great news for me as I’m not a cold weather fan. Also, San Francisco is a fun city and easy to get around. Between BART and the Muni, you can get anywhere in the city you want to go. One of my favorite places is the Presidio. It’s beautifully maintained and there are lots of trails to hike and explore. For me, a trip to the Presidio isn’t complete without a visit to Baker Beach.

Baker Beach at the Presidio

Baker Beach is on the Pacific Ocean side of the Golden Gate. That draws a lot of people who will venture to the eastern end of the beach for a closer view of the iconic landmark. Strangely enough, this is where the nudist section is. Tourist who want to get picture of the bridge will traverse along the beach where they get more to look at other than the bridge.

The beach is long and wide. It’s flat like what I’ve come to expect with most California beaches. The sand is fine and looks like it came from the surrounding hills. The nude area is flanked by rocks at the east end, stretching out westward (as far as you dare to go bare) and cliffs behind. The locals hang out near the rocky end with a volleyball net set up for impromptu games.

This would be the second time I’ve gone to Baker, the first being when I did the Bay to Breakers race just over a year ago. I visited a few days in a row back then but the weather was cold and not very sunny. The day of the race was the best and I went to the beach right after (I did the race nude and wrote about it in another post). Even then there weren’t many nudist out and the vibe was not what I expected.

This time the weather was more to my liking. I visited the two days I had free and it was a much better experience. There were many more people out enjoying the late season temperatures. Nudist laid along the cliffs while others in the sand closer to the water. I chose to be somewhat close to the water near the volleyball net. I enjoyed the sound of the waves crashing while I laid and warmed myself. I don’t like to sit or lay for long periods so I’d get up and take a stroll every so often. I didn’t venture far, just to the rocky end and maybe a hundred yards the other way. I stayed up a way from the water so those who didn’t want to meet a naked guy face to face, wouldn’t have to. Naturally it’s a boost to the ego when girls and women smile my way. Even more so when they wave or say hi. 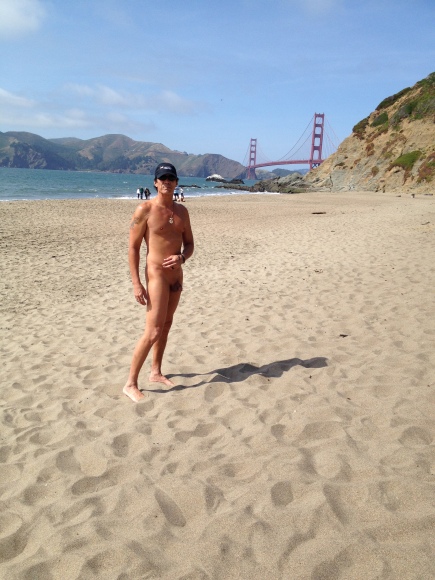 I’m also a people watcher so the tourists and nudists were fair game. They came as couples, as groups and even families. Truthfully I enjoy seeing the families exposing their young to nudist and hopefully teaching them that there is nothing wrong with it and to accept their bodies as they grow into adults.

San Francisco has a lot to do so if you haven’t done so, I hope you get to visit and explore. There are other nude beaches in the area but I have yet to visit them. I guess I’ll just have to come back again. 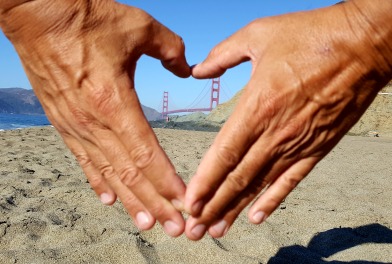 The rambling thoughts of an ambling geek/nudist.

Personal adventures and insights of a nudist in paradise.

Traveling the world in search of naturist nirvana...